The Main Event Sponsor was AMMCOM 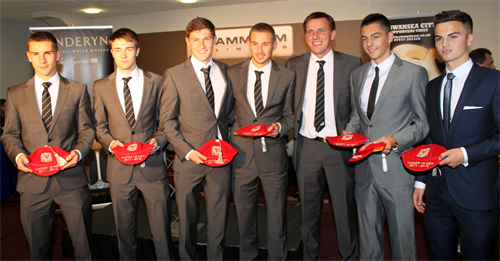 A number of Swansea youngsters were presented with their International Caps on the night. Here are some of them with Head of Youth Development Tony Pennock. 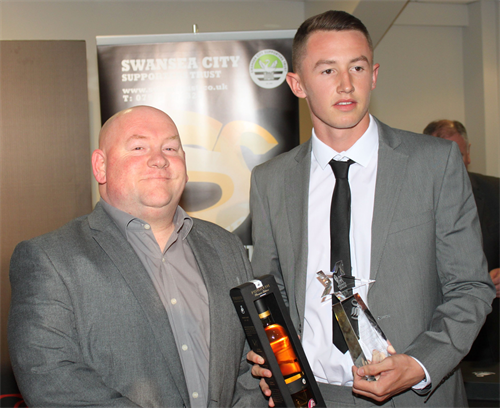 Youth Development Player of the Year, Scott Tancock, is presented with his trophy by Huw Cooze of Award Sponsor Visions Creative. 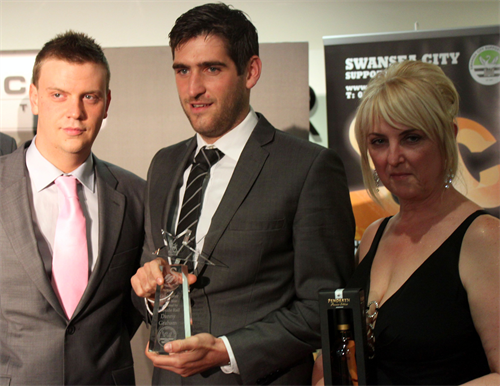 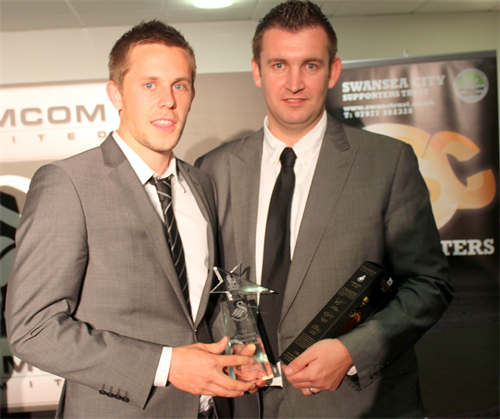 The Goal of the Season Award went to Gylfi Sigurdsson for his stunner at Wigan. Mark Gallagher of Trophy Sponsors The Bluebell Hotel, Neath, presented the Award 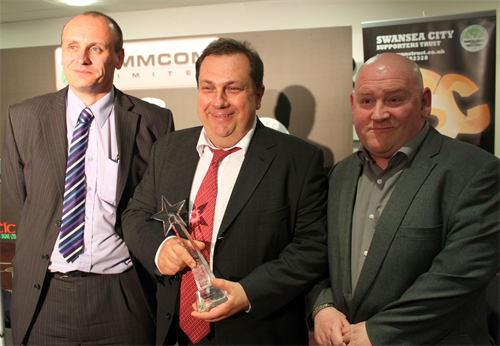 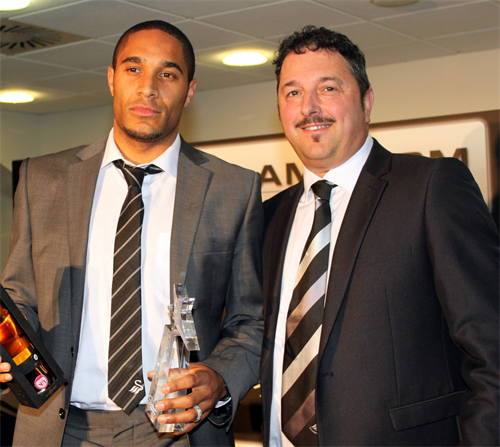 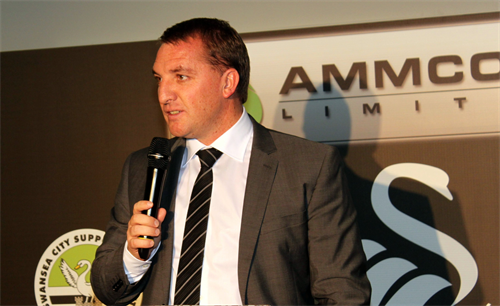 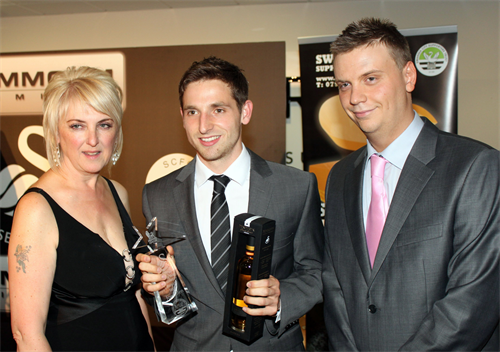 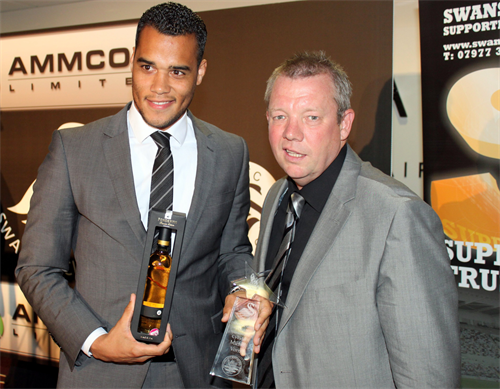 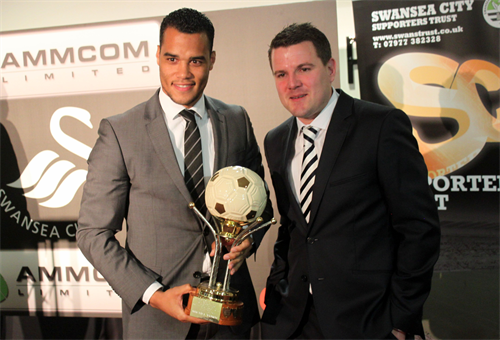 Gareth Vincent on behalf of Award Sponsors, The South Wales Evening Post presents Michel Vorm with his Supporters Player of the Year Award 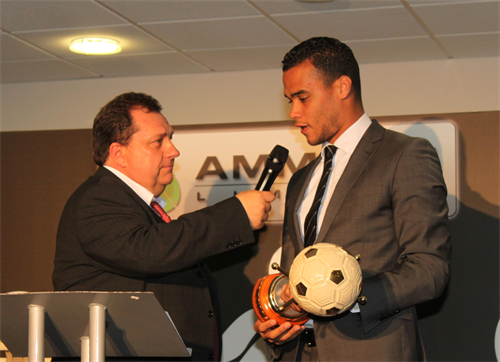 Help support the Trust by making a financial donation.